You are viewing this site in staging mode. Click in this bar to return to normal site.
Products

Watch what you want, when you want.  Chromecast for hotels allows guests to watch their own content on the hotel TV, providing a home from home experience. 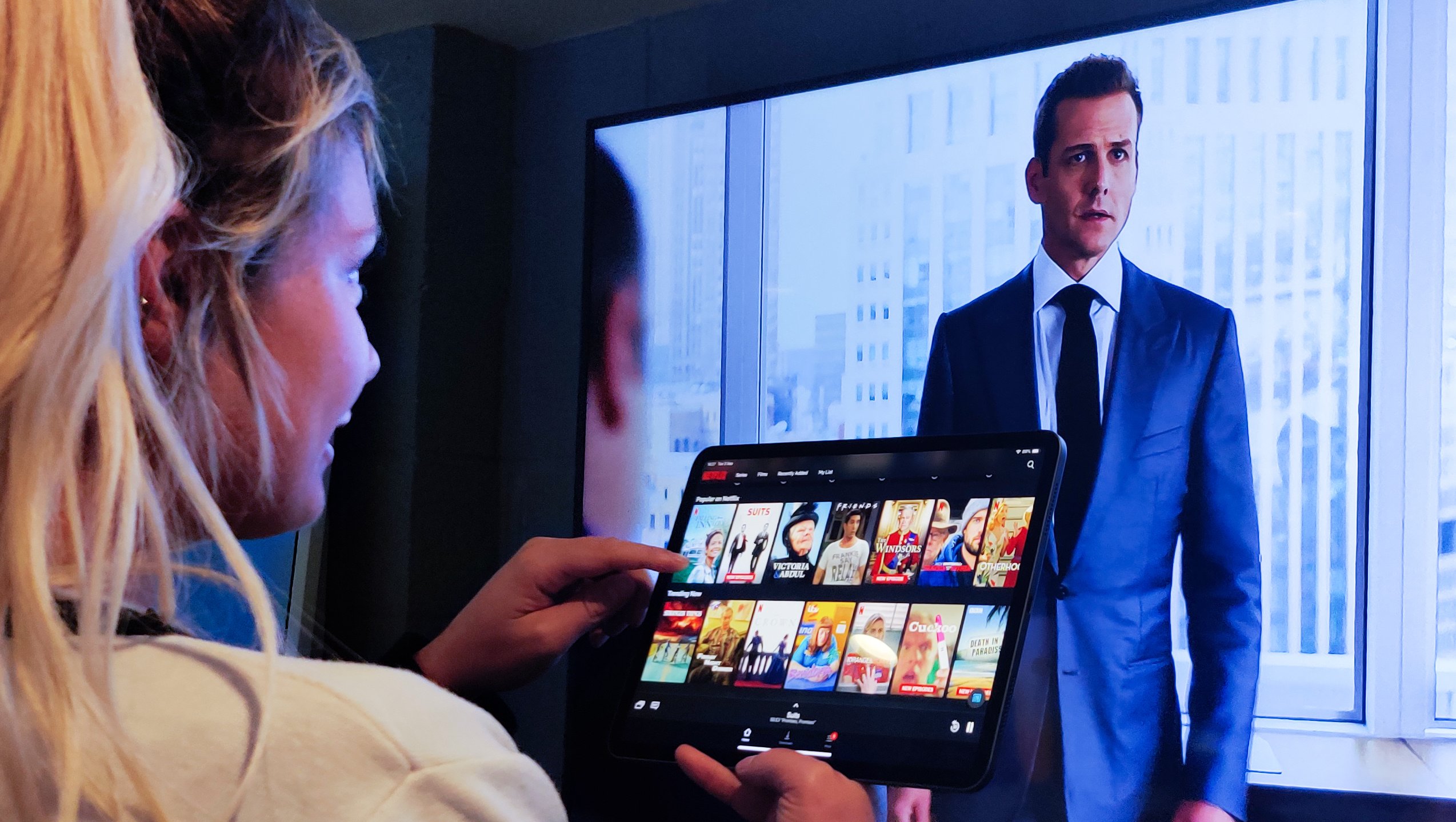 Google Chromecast is a small device that plugs into a television’s HDMI socket, enabling the casting of internet media from a guest’s device to the in-room television.  The device allows guests to access a range of content from apps such as Netflix, BBC iPlayer, YouTube and Spotify.

How does it work?

Using a portable device (such as a smartphone or tablet) as a remote control, the guest can choose from a list of compatible apps and simply “cast” the app’s content from the device onto the TV. All that’s needed is a wifi connection, a Chromecast unit and a television with an HDMI port.

Is it simple to use?

Yes! Airwave's Chromecast solution is based on a one-step authentication process. Guest's simple scan a QR code on the in-room TV and pair their smart device accordingly. Simple as that!

Why is it important?

Eight in ten adults in the UK1(40 million people) use subscription services such as Netflix or catch-up TV services and over 45 million people own a smart portable device.

Chromecast enables a guest to watch their own content on the room’s big screen, providing the much sought after “home-from-home” experience. Click here for a further list of benefits offered to the guest and hotel.

Do I need a smart TV?

No. A Chromecast unit turns a non-smart TV into a smart TV, providing a multitude of popular apps, a browser and typically, a quicker, more intuitive viewing experience.

Why is a 'hospitality certified chromecast necessary?

A hospitality certified Chromecast device will be configured to prevent interference between rooms and housed in protective casing to stop tampering and theft.

Chromecast can also be integrated into an information system, providing an intuitive point of access and ensuring the return to a branded GUI when casting has finished.

What platforms are compatible with chromecast?

Is chromecast the same as screen-mirroring?

No.  Chromecast allows users to browse their device without disrupting what’s streaming to the TV (as an example, users can receive calls, respond to texts and surf the net whilst watching content from Netflix). Also, screen mirroring is only compatible with Android devices and consequently only relevant to a fraction of guests.

Will casting drain my battery and/or data allowance?

No.  Your battery is only used to initiate casting and all solutions use wifi, not data.

How can Airwave help?

Airwave partner with all key hospitality certified Chromecast providers and can recommend the right solution for the right project.

To find out out more about hospitality certified Chromecast systems, get in touch for friendly, professional advice: info@airwave.tv or 0845 555 1212