Built 1n 1779 by Napoleonic prisoners of war, using 20,000 tonnes of granite quarried from the nearby moor, Bodmin Jail marked a milestone in prison design, featuring individual cells, segregated male and female areas, and that height of prison luxury - hot water.

A bastion of security, Bodmin Jail was used to house the Crown Jewels throughout World War One, and like most old prisons, harbours a dark, evocative past. 55 prisoners were executed within the jail's walls, with each hanging typically witnessed by thousands of people.

After its closure in 1927, attempts were made to demolish the building - but the walls were too thick! Instead, the roof collapsed and the rest of the building lay unused and dilapidated for almost 100 years. Now, new life has been injected into this magnificent building, in the form of a stunning new hotel.

Airwave was delighted to be offered the chance to provide a TV entertainment system into the hotel, opening in May 2021. 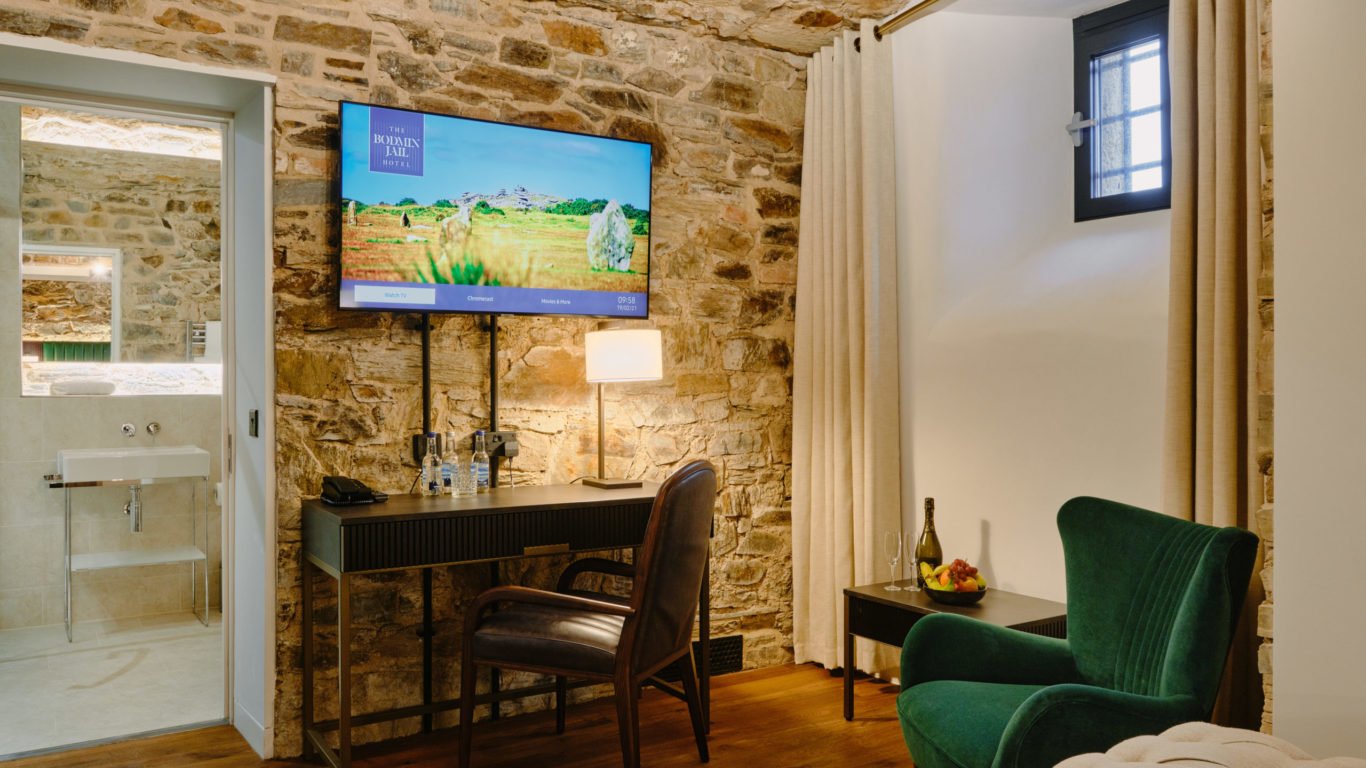 "We're proud to have implemented one of the first Otrum Mirage systems, the cloud-based interactive TV technology that has set a new benchmark in functionality, design and affordability" - Julian Arnold, Airwave Product & Technical Director

Otrum Mirage was also used to provide a customer interface on the 3 x 75-inch meeting room TVs, facilitating the user's switch from TV to HDMI, to activate services such as screen mirroring and Chromecast.

Airwave has installed TV systems into oil-rigs, castles, tree-houses, boats and indeed, many, many prisons, but were delighted to have installed a TV system into a hotel, that used to be a prison! A fascinating and rewarding experience...

A hotel in a prison?  no way! to see for yourself, click here for a video tour.